One might think there’s only one way to get rid of debt collections — simply change your identity and move to Tokyo (not really). Seriously, though, debt collection arguably might be even worse than debt alone. But even then, if you’ve got those creditors constantly barking down your smartphone door, there are ways for you to get out of that kind of trouble — and here’s the best part — LEGALLY.

Here Are the Key Ways You Can Eliminate Debt Collection From Most Favorable to Least (and Believe It or Not, Some of These Actions 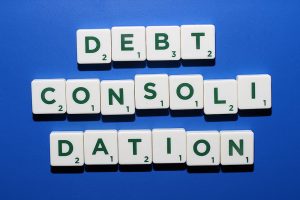 The first thing you need to understand is that getting rid of debt collections isn’t just about paying up — but negotiations and even debt validation. And for good reason. Because a debt collection doesn’t look good on a credit report. So your first priority is fixing that credit, but you’ve got to be a bit slick about it in the sense that you have options., starting with….

This is the most ideal, believe it or not. Some might think you wouldn’t want this. The fact is many collectors will offer this option as a benefit to you. A “settlement payment” not only satisfies the debt collection in question but also removes that negative item completely from your report.

The best part is that it’s a settlement. You’re actually not paying the entire balance at all. It’s an agreement to simply pay off a portion of it, and you benefit from the negative being completely removed as if it never existed. Your credit will be improved. You won’t have a penalty for not paying the entire amount. And, of course, you save a whole lot of money. 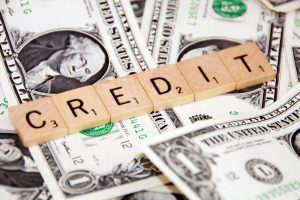 That’s obviously the next best thing. You get it removed, but you’re paying off the entire balance, late fees and interest and all. It’s not a bad thing, but if we’re talking about saving money, you sort of lose some in this journey of getting yourself back to credit worthiness.

Still, sometimes you can’t help this. After you hit a certain statute of limitation, settlements aren’t ever offered. You’re basically forced to make that payment in full if you want the negative removed from your report. But honestly…. It’s worth it!

Settlement, But Reported as “Paid in Full”

Whoa. Now that’s a different option. As you can see, though, you don’t get the exact benefit of having the item completely removed off of your report. Instead, as part of the agreement, the settlement will be whatever amount is decided between you and the collector, and the listing on your report won’t be removed; instead it will be listed as “PAID IN FULL.”

It’s not necessarily a bad thing. But it does show that you had some issue paying your bills, although you were able to resolve it. In truth, it won’t necessarily hurt, but doesn’t help much either. Having the item on your report completely removed is always the best way to go.

Settled, But Reported as “Settled”

And who knew there was yet another option for negotiation? Again, if you had no choice and the collector would agree on listing this item as “paid and settled,” at the very least this wouldn’t be a negative item, per se, but not nearly a booster as you’d like for your credit score.

Some collectors won’t budge on this unless you’re willing to pay the entire balance in full. So you take what you can get. However, understand this: sometimes something is better than nothing.

And Lastly, Just Paying the Debt in Full. Period.

Wait…what? We already listed this. Here’s the big difference, though. There’s no negotiation here. That’s key.

This simply means you paid the debt in full without any negotiation to remove the item off your report or at the very least report it as “paid” or “settled.” Keep in mind collectors are not required to do anything for you in terms of what your credit report states unless you specifically request it.

Once you pay that debt, it doesn’t mean the item will get removed from your report at all. It might actually stay on there unless you contact the credit bureaus and take action. And that’s a whole other animal to deal with when you could’ve dealt with it right then and there on the phone with the collector in the first place.

Ultimately, This Proves One Important Thing for You:

You have control. In many ways, you are in charge. Don’t think you’re not. After all, it’s your credit report — not the bureaus! They already have plenty of credit reports to deal with from other people all over the country.

Claim yours. And do something about whatever the problems are. Your actions will make all the difference.